Being a university student during COVID-19

2020 was an unprecedented year for all of us, with lots of uncertainty and adjusting to a ‘new normal’. One group of people who have faced plenty of challenges are university students in the UK, with the news being full of stories on the effects of COVID-19 on university life.

We spoke to a handful of real students to discuss their experiences and struggles, find out the upsides and downsides, and ask how they have been coping with the effects that coronavirus has had on their university life.

Have you been offered pastoral support from your university for coping with the ‘new normal’?

We have heard about thousands of students having to quarantine in their rooms or flats, with little to no interaction from the ‘outside world’. Many students and parents have accused universities of providing inadequate pastoral support, so our first question to the students we spoke to was: what support has your university offered you in these unprecedented times?

Milly, 22, from Carlisle is studying MA Environment, Culture, and Society at Lancaster. She holds a first-class degree in BSc Geography from Lancaster and works as an Assistant Dean within her College.

Milly: I wasn’t here when COVID properly kicked off at the end of last academic year, as I had taken a year out between undergraduate and postgraduate, but I know that CAP, the college welfare team, had a system in place where they would keep in touch with students who were having to self-isolate.

The college welfare team also has a big social media presence, and this has extended to us as Assistant Deans. Generally, our role has always been seen as one of discipline, but there is also a large aspect of welfare. So, we are a part of that welfare team as well and are on hand to lend extra support to students whenever we can. The majority of the support comes from within the colleges, but the university itself does offer support as well.

Sophie: There are multiple channels of help available to us. If we would prefer to talk to someone closer in age, we can speak to the welfare representatives from second year. For more serious problems, we can contact the Dean of the college or access the university counselling service. It does appear that there is a lot of provision for us if we are struggling.

Chantal decided to stay in the States for the first term of her PhD when she realised that her entire course was going to be conducted online.

Chantal: Manchester University provided information on their mental health services, which is already a part of their induction training. However, this was not presented in a way that was specific to COVID – and I’m not the only person who thinks that. It was much more about general mental health services that they provide under all circumstances.

Another thing that I noticed was the delay regarding my application for a doctoral loan from the UK Government. According to the website, this should only take six to eight weeks: I applied on 4th August and over eight weeks later, it was still pending. I had to reach out to them through Twitter, because that was the only way they were communicating with people. They had turned off their phone lines and emails were not being responded to.

I contacted my university (Manchester) to tell them about this delay and received a reply informing me that the confirmation letter would be enough. This wasn’t initially made clear to me, though. 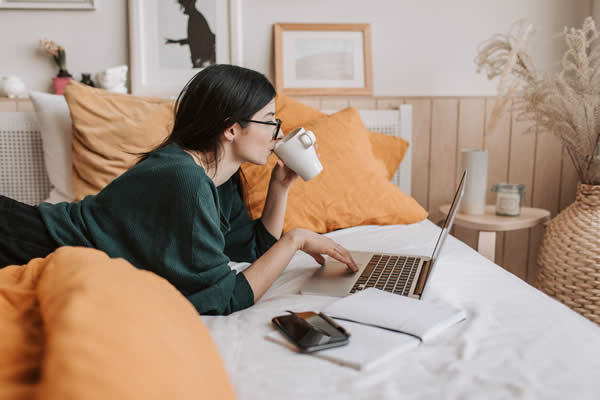 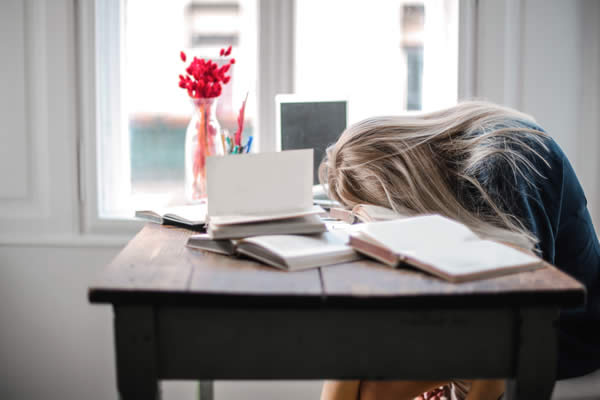 How are you juggling studying virtually with downtime?

Milly: It’s really not too bad. Some days are worse than others, especially when you’ve got a lot on and just want to chill out. If I can see my laptop there, then it’s a constant reminder that I should be getting on with something productive.

Sophie: It’s quite difficult to juggle studying and relaxing when it all takes place in the same four walls. As I have the biggest room out of my household, it is regularly used as the hub of socialising. This is great, but it does make it harder to separate work and fun. When it’s possible to do so, I think it would be beneficial to use the library facilities in order to break up my time a little better.

Chantal: I actually don’t have much downtime because I’m working on UK time, whilst I’m in the USA. So, I’m waking up extremely early. I do take breaks to eat and if I’m super tired, I might have an hour nap. But otherwise, I’m up working from around 4am until 8pm. I do make sure to take Saturdays and Sundays off and not do any work, so I can relax and enjoy my weekend.

How are you making sure that you look after your mental health during such an unprecedented time?

Chantal: I was feeling overwhelmed during the very first and second week, because it was a lot of information to take in and there was no in-person interaction. It was just back-to-back on my screen. I go out running to clear my head, and I have made some virtual friends on my PhD course. We have WhatsApp groups and sometimes we have Zoom calls just to chat and talk, and make sure we are coping.

Milly: I’ve had days where I’ve been extremely down and had mini breakdowns. I’ve also had those days where nothing goes right, like the internet crashes and nothing is working. I just speak to my family, friends, and my boyfriend and talk about how I’m feeling. I would never feel like I couldn’t go to the welfare team, even if it was just to vent about my stress, but personally I don’t feel like I need to at this point. I’ve also realised the importance of getting outside, even just for walks, and whilst I sometimes struggle to motivate myself to get up and go, I feel really good when I am doing it. Our campus feels really safe when I’m walking around getting some fresh air.

Jodie May, 20, from Cannock is in her second year studying Fashion, Business and Promotion at Birmingham University.

Jodie: I think making time for yourself to do things that you love, and keeping up self-care, is so important to ensure your mental health stays in check. I make sure I work out, cook healthy meals, and pamper myself. All things which make me feel good about myself! 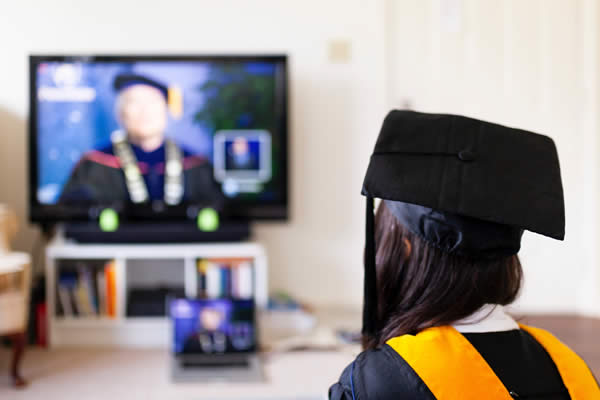 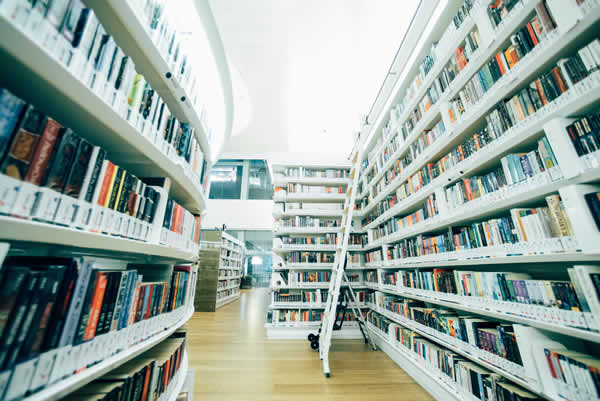 Do you feel that you’re getting the same value for money with virtual lectures and learning?

Jodie: I don’t think so. Last year, I had much more face to face contact, which makes things more personal and easier to get help from tutors in sessions. My tutors have been good at replying to questions and giving us resources, but I agreed to pay a fee for something I am no longer receiving.

Chantal: I don’t think there is value for money because we don’t have access to campus. The university experience is not just about the classroom bit, and we now can’t access the library or the student unions. All of the information is online, but then you are relying so heavily on IT services and if there’s any issues then you’ve got so much back and forth with that. So, I don’t think it’s value for money at the moment.

Milly: In a way I’d say yes – but that’s only because I believe the fees were never justifiable in the first place. That is to say that I think the content I am receiving now is just as valuable as it would be face-to-face but that is not to say I think it has ever been worth anywhere near £9,250+ in person or online. However, I can also appreciate why many people may not agree with me here, and to be honest before I arrived, I had considered deferring or dropping out as I was worried it was going to be far too different. But I have found that I actually like having more choice over when I watch my lectures, being able to rewind them, slow them down or speed them up. That is just the kind of learner I am though, and of course not everyone finds these things beneficial.

Do you worry that your degree won’t hold as much value if it is not awarded in the same way?

Sophie: Considering that every student in the country is in exactly the same position, I don’t believe that the degrees can lose their value, particularly to prospective employers. Even if online exams are used to determine degree classifications, the same skills are being used to achieve the result. Thus, it would be incredibly unfair if the government of employers did not view these degrees as equal to those in previous years.

Chantal: I don’t think this will affect the degree at all, as the world is moving towards a more virtual experience. I mean, there was a point when online education and degrees used to maybe be considered not as worthy, but I don’t think that will be the case now, as so many reputable universities are doing it.

Have a read of our article on Coronavirus and student wellbeing for some tips and advice on looking after your wellbeing during these difficult times. 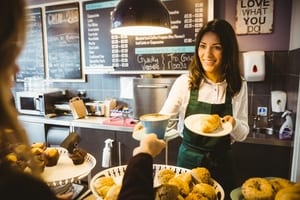 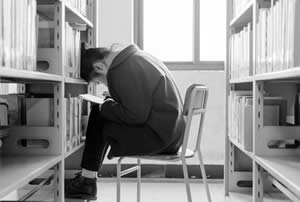 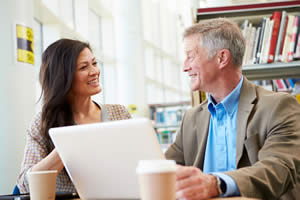 How to embrace university as a mature student