The Ultimate Guide to Marking

Unpaid postgrad students are being used for teaching

What do you call the people who teach your university classes? It might seem like a simple question, to which you’d respond with a puzzled look and then answer with a word like “lecturer” or “professor.” But if you’re an undergraduate student, especially if you’re in your first or second year, your teachers for a large proportion of your classes may well be students themselves.

I’m being taught by students? That’s not what I paid my tuition fees for!

Hold your horses. We’re not suggesting you’re being taught by students at a similar stage in their academic careers to you. In fact, you probably benefit from having research students teach you. These students are, of course, generally more than capable of teaching undergraduate courses in their field. They’re likely to be PhD candidates – experts in your subject area who have already obtained two degrees and are pursuing advanced research in the field.

Many will have completed (or be in the process of completing) university-level teaching qualifications that teach them exactly how to engage students like you. They’ve probably thought a lot more – or at least a lot more recently – about teaching than more senior colleagues. The chances are you benefit at least as much from their energy and enthusiasm as you do from the greater knowledge and experience of a senior academic who is more comfortable addressing groups of fellow scholars than undergraduates.

That’s a relief. So why should I care?

The problem is that universities are increasingly using PhD students, contract staff and casual workers to fulfil their teaching obligations. Providing PhD students with teaching experience is a well-established practice that benefits both the PhD student and the undergraduates they teach: the undergraduates get the benefit of a young, enthusiastic lecturer who is well acquainted with the latest and most exciting research in their field and eager to do the best possible job. The PhD student gets a valuable “apprenticeship” for a future academic career. It’s win-win, in other words.

But there’s growing evidence that this system is being abused: an anonymous graduate student writing for the Guardian recently described a system in which “what should be a mutually beneficial role too often takes the form of exploitative, casual and poorly paid work”. PhD students who teach, argues the author, are often paid less than minimum wage when prep and marking hours spent outside the classroom are factored in. And PhD students are increasingly treated as a component in a casual labour pool, rather than as academic “apprentices”. They’re uncertain as to how much teaching work they’ll be given and when, and suffer from inadequate office space provision, training and induction.

How has this been allowed to happen?

The treatment of PhD students is part of a longer-term trend towards the casualisation of labour in Higher Education, which threatens both the well-being of staff and the experience of students. Early-career academics aren’t necessarily the first people you think of when you hear the phrase “zero-hours contracts”. But that’s exactly how many lecturers – especially those teaching large-lecture, introductory modules – are employed.

Universities often dress up these zero or fixed hour contracts with fancy titles to increase interest, often referring to them as 'teaching fellowships'. Paid far lower wages than their full-time colleagues, these instructors have no job security, work very long hours and usually have little access to leave and benefits. And, crucially, these terms are putting many of the brightest early-career academics off the profession entirely.

Meanwhile, for academics who do have at least a degree of job security, the practice of awarding nine-month contracts has become increasingly common. Although term time at a university typically lasts nine months, a full-time academic staff member who is employed year-round gets to focus on research and even prep for the next year’s teaching during the summer months. Many universities employ their teaching staff on multiple consecutive nine-month contracts, meaning they effectively get a full year’s work out of their employees while only paying for nine months’ worth!

All of this serves to erode the enduring connections between an institution, its staff and its students that used to be a key feature of academia. And PhD students are caught up as collateral damage in all this. Having once been prized as the future of the profession, they’re now increasingly used as a convenient and cheap labour pool.

What can be done to reverse this trend?

Underfunding of the Higher Education sector, along with the need to cater to greater and greater numbers of students, are obviously contributing factors to the casualisation of labour in universities.

But for PhD students in particular, there’s a strong case for treating them as employees rather than students – as already happens in several countries in Europe. PhD candidates treated as employees receive a monthly stipend for the research and teaching work they do, which, after all, both contribute positively to the life and work of the institution. It’s a fitting reward for their contribution to their home institution – and for their lengthy attachment to it, which sets them apart from the casual labour market of which they’re increasingly considered part. It is also worth noting, that in the US and Canada, rather than receiving a grant, students are paid a salary on which they are required to pay taxes. This salary would be higher than a stipend in order to cover these taxes, resulting in these students being properly integrated into the workforce, with their equivalent of National Insurance paid etc. In the UK, PhD students do not make National Insurance contributions and are therefore not considered as 'working' from a pensions perspective. Certainly a deal worth fully evaluating before moving forward. 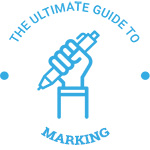 The Ultimate Guide to Marking
See all articles in the series 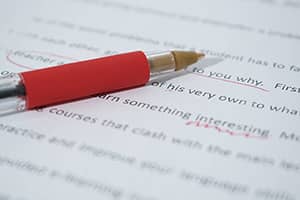 An insider’s guide to markers and the marking process 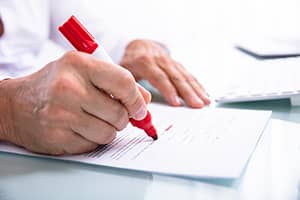 Marking: How we mark your essay to improve your grade 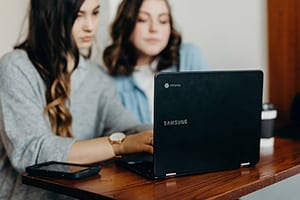 Marking: the difference between right and wrong