Why choose an Oxbridge university?

Here, we've set out to debunk the myths and legends and come up with a clear, comparative list of reasons why the Oxbridge university is so consistently in demand. What really sets them apart from other top UK universities, and what extra advantages do they have to offer prospective students?

The clearest reason for Oxford and Cambridge standing out from the other UK universities is that they are repeatedly ranked top of academic league tables worldwide, performing best not only within the UK, but also in competition with international universities, including the American ‘Ivy League’.

It is generally accepted that whilst the UK boasts a great number of excellent and highly selective higher education institutions, Oxford and Cambridge universities offer a standard of academic excellence that is unmatched by any of its British rivals. This is not only confirmed by their position at the head of the leader-board for graduate results, but also by their excellence in the areas of academic study and research.

As well as teaching and nurturing some of the brightest minds in the world, Oxbridge also provides the stomping ground for a concentration of the world’s foremost academics, meaning that these universities are repeatedly responsible for research breakthroughs and ground-breaking discoveries across a wide variety of academic disciplines.

Oxford and Cambridge are home to the world’s top academics. This brings with it the advantage that students attending these universities will be taught by the world leaders in their fields of study; an automatic advantage over students studying at other universities. They are also likely to have the chance to observe and participate in studies that are at the very cutting-edge of academic research.

Most UK universities operate a lecture and seminar teaching system, whereby students attend a certain number of timetabled lectures per term and then participate in seminars (large classes for teaching and discussion).

At Oxford and Cambridge universities however, a tutorial system is in place, which means that students are taught in much smaller groups of only one or two at a time. This means that the academic experience is much more intense and personal at an Oxbridge university; students are much more rigorously involved and interrogated as part of the learning process. Nobody is able to blend in and remain anonymous as they might within a large classroom. 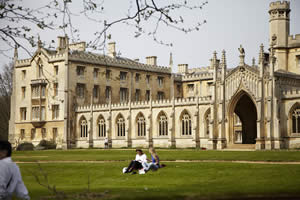 Choosing a university: a fail-proof guide 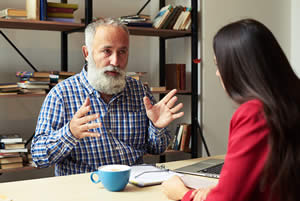 Entry through UCAS Extra: what you need to know 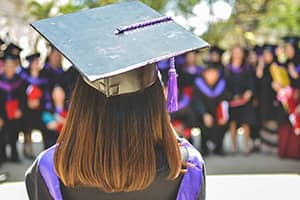 Top tips for applying for your post-grad