It’s a tough time to be a university vice-chancellor. Or at least, so says a new report by Shift Learning, commissioned by the Guardian newspaper. The report describes uniquely challenging times ahead for the UK Higher Education sector, and finds that almost two-thirds of VCs are more pessimistic about the financial prospects of their institution than a year ago, with only 22% feeling more optimistic.

Why all the doom and gloom? It’s not any one thing that’s causing the VCs of British universities to feel so pessimistic about their short-term future. Worries voiced by numerous respondents included the following:

While each of these challenges will affect all universities, some universities will find themselves much more vulnerable to the fallout than others. And institutions outside of the elite Russell Group are likely to face the greatest challenges, in particular with regard to recruiting domestic students.

As we reported recently, there are simply fewer eighteen-year-olds in the UK than there have been in the recent past, or than there will be again in the near future. This demographic dip is the result of a temporary slowdown in birth rates in the late 1990s and early 2000s, and means there’s a smaller pool of UK students to choose from. And at the very moment when universities are looking to increase their intakes!

To understand why this is likely to impact non-Russell Group institutions the most, it’s worth highlighting a couple of things from the report. First, many elite institutions have been quietly lowering their UCAS tariffs to ensure they don’t lose out on students by imposing too-stringent entry requirements. In a competitive market, it’s natural enough to assume that if a small number of elite universities go down this path, the majority of their peers will follow suit. Second, despite lowering their entry requirements, many of the UK’s very top universities have found themselves using Clearing for the first time as a way to shore up their numbers.

Now, imagine you’re a university applicant looking to move to a city (Manchester, say, or Leeds) with both a Russell Group university and a large, well-known post-92 institution. If you were estimated CCC in your A Levels you might in the past have been drawn to the post-92 university; now, you’re more likely to be tempted to apply to the more prestigious Russell Group institution, with the little “edge” it might give you among certain employers.

With this kind of calculation going on up and down the country, it’s easy to see how post-92 institutions have the most to lose in the present climate.

Do you need to worry about the imminent demise of Higher Education as we know it in the U.K.? In a word, no.

There’s no doubt that British universities face a period of unique and complex challenges. And some will be severely affected by the present environment, and the strains it places on student recruitment and retention, and on research.

But it’s not all doom and gloom. Thanks to a model that encourages diverse revenue streams, UK universities have a better chance of weathering hardship than their counterparts in other countries.

In North America, for example, a relatively small number of elite institutions contribute the vast majority of scholarly research. Faculty members at the remaining institutions receive limited funding and support for research and focus instead on teaching. By contrast, the vast majority of UK university staff are research-active. Even the lowest-ranking universities produce world-leading research and have access to potentially lucrative research funding and projects, though of course the EU presently supplies a significant chunk of this funding.

There are real challenges facing the UK Higher Education sector as a whole, and especially those institutions that are less prolific in their research output, and those with traditionally lower tariffs. But the continued boom in international student recruitment is a positive sign. And most universities have access to a range of funding opportunities that should see them through the choppy waters ahead – albeit with a few bumps along the way. 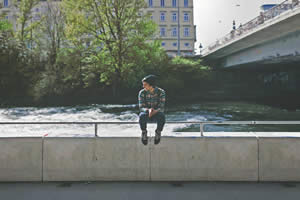