At the end of May, Times Higher Education released its World Reputation Rankings for 2018. The list aims to rank universities by “prestige,” a rather intangible quality compared with the teaching quality, research quality, and revenue generation metrics that are used for more conventional university rankings. But do students and researchers need yet another rankings list to muddy the waters and make decisions about where to apply and which offers to accept still more difficult? After all, we’ve already reported in the past year on overall rankings lists and a separate list ranking university cities. We investigate the value of this latest list.

What are the World Reputation Rankings?

The THE’s newest ranking is based on a fairly restrictive survey. It describes the process as “invitation-only” – the result of asking a relatively small number of senior, highly-published academics to rate the universities they believed led the field for teaching and research in their own areas of expertise. Since the rankings are based on nothing more than this selected pool of respondents’ perceptions, this list differs from other similar rankings lists in that it focuses entirely on subjective assessments rather than the painstaking statistical models that attempt to give other lists a degree of objectivity.

Given this, it’s actually pretty remarkable that the list matches as closely as it does to the THE’s own World University Rankings list. Most of the top 25 or so institutions are common to both lists, though the ordering is a little different. And, as you might expect, there are fewer surprises in the list that ranks by reputation. Harvard may only have come sixth in the World University Rankings, but its position at the top of the reputation rankings reflects its long-standing status as synonymous with intellectual excellence. It’s followed by more of the “usual suspects” too: MIT (US) and Stanford (US) come second and third on the list, with Cambridge (UK) and Oxford (UK) fourth and fifth.

How are the reputation rankings different from other lists?

Apart from the more subjective process of assessment already discussed, the reputation rankings are different from other lists because they aren’t based on a particular, fixed period of assessment. The actual quality of a university’s research and teaching for a given year’s rankings is based on recent performance only.

By contrast, the THE article accompanying the release of the rankings points out that top universities in the US and UK have “earned their reputations over the whole 20th century and beyond.” In other words, newcomers to this list, however excellent, have more than a century – and in some cases many centuries – of prestige building to contend with if they hope to displace the most established names from the top of the list.

How valuable are these rankings?

It’s tempting to suggest that this latest rankings list is of limited use to prospective students. After all, it’s not all that different from the World University Rankings list but it’s based on criteria that are at once subjective and less immediately relevant to the student experience than other lists. Who cares about what a university has been doing for the past 200 years when you can get an accurate benchmark of its performance right now?

Yet while the reputation rankings may not give the most accurate prediction of how your experience at a particular institution will be, it’s worth remembering that the prestige of the university you went to can make the difference to whether or not you’re offered the interview for your dream job. The reputation rankings underline the value a university’s prestige still has – for its students, its staff, and its alumni – in a competitive global environment that means every marginal advantage counts. And there’s a very close relationship indeed between the senior scholars’ opinions of these institutions’ relative prestige and the “wow factor” they still possess in the minds of the general public and, more importantly, employers. It may not be the most important factor you think about when applying, but if you’re lucky enough to be able to seriously consider applying any of the universities near the top of this list, it’s worth asking yourself which university’s reputation you’d like to use to polish up your CV! 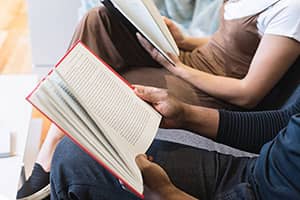 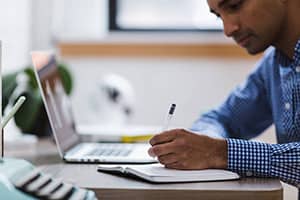 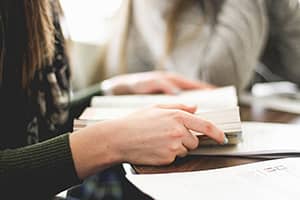